Trotskyism and the aesthetic of rebellion 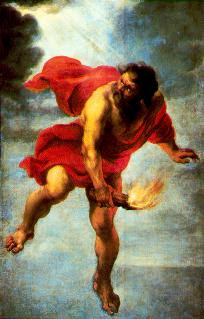 A Brazilian friend told me recently of a proverb that is apparently widely known in his home country, about a Spanish sailor who being shipwrecked on a foreign shore came up the beach to inquire of the locals "is there a government here?" and upon being answered in the affirmative declared automatically "then I am against it!"

I was thinking about this story recently while reading the debate over on British journalist Dave Osler's blog about the links between Trotskyism and the American neo-conservative right, one of whose intellectual godfathers - Irving Kristol - died just over a week ago.

Kristol was not the only Trotskyist to make the transition from one extreme of the political spectrum to the other - others include literary commentator Stephen Schwartz (formerly a member of the dissident current associated with ex-Spanish Trotskyist leader Grandizo Munis) and of course the inimitable Christopher Hitchens.

As a former Trotskyist (who still retains a great deal of sympathy for Trotsky himself, if not necessarily for his followers) I am skeptical of claims regarding the existence of some kind of causal link between anti-Stalinism and neo-conservatism.

However, I do think that Trotskyism because of its marginalised, heterodox status has throughout its history always appealed to people of a certain psychological predisposition, namely those who (like myself) instinctively rebel against the cultural and political consensus in society at any given point in time, those who like our proverbial Spanish sailor feel the need to be siempre en contra.

Michael Weiss, a New York blogger who appears to be part of the same milieu as Schwartz and Hitchens makes a similar point in a recent article entitled "Pilgrim of Doubt" on the life of American Trotskyist Irving Howe (originally drawn to my attention by Poumista), whose greatest influences were the seemingly unlikely pairing of Karl Marx and the Romantic poet Percy Bysshe Shelley. Weiss' point is that what attracted Howe to these two authors (and presumably to Trotsky as well) was their status as rebels and outcasts - the message while important was initially at least secondary to the aesthetic imperative of rebellion (what Weiss refers to as "their fondness for the Promethean").

The same contrarian spirit is alive and well in a 2004 article by Stephen Schwartz that appeared in the Weekly Standard (prop. the late Irving Kristol) entitled "Bad Poet, Bad Man", in which Schwartz takes issue with the literary eulogising/mythologising of the Chilean Pablo Neruda at the expense of some of his contemporaries such as Gabriela Mistral and Vicente Huidobro. Schwartz writes:

In 1938, two singular men sat down to compose a statement about the situation of the global intellect as they then saw it. They wrote, among other things, "The totalitarian regime of the U.S.S.R., working through the so-called 'cultural' organizations it controls in other countries, has spread over the entire world a deep twilight hostile to every sort of spiritual value. A twilight of filth and blood in which, disguised as intellectuals and artists, those men steep themselves who have made servility a career, of lying for pay a custom, and of excuses for crime a source of pleasure." Nobody more embodied the phenomenon described in these lines than Pablo Neruda. The description was written by the surrealist André Breton and the exiled Leon Trotsky.

While I think Schwartz "bends the stick" too far in his blanket condemnation of Neruda, he hits on an essential truth which is that from the 1930s onwards many avant-garde poets like Neruda (along with Rafael Alberti, César Vallejo, Louis Aragon and others) renounced their revolutionary if fragmented and often contradictory vanguard aesthetics under the baleful influence of the Stalinist Comintern and Lukaçs' "dialectical realism", which was grouned on Hegelian assumptions about the need for reconciliation and unity. Thus in Neruda's case the experimental poetics of Tentativa del hombre infinito and the first two cycles of Residencia en la tierra were followed up by crudely didactic works such as España en el corazón and Canto general.

Those few avant-garde writers who continued to defend the possibility of autonomous art within the context of anti-capitalist politics became for a time (André Breton, Octavio Paz) sympathetic to Trotskyism - or else broke with Marxism altogether (Huidobro).

However the same compulsion to question and to doubt everything, while it provided a steady stream of recruits to Trotskyism over the years, proved less valuable as a stable basis for building a coherent, united political movement. This can be seen clearly in Isaac Deutscher's portrayal of Trotsky as an essentially Romantic figure in his classic 3-volume biography of the Russian revolutionary leader - (The Prophet Armed, The Prophet Unarmed, The Prophet Outcast). This was at once the source of Trotsky's appeal and his downfall, since critical heterodox figures tend to attract similarly independent-minded and critical followers.

Recalling Genet's remarks on the justness of the Palestinian national struggle, we could perhaps say that the only revolutionary movement worth supporting is one that has almost no chance of actually conquering state power...
Posted by Fatal Paradox at 6:54 PM No comments: