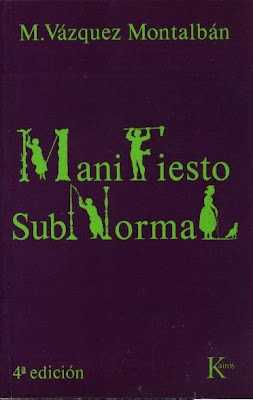 Summing up, Adorno seems to echo Vázquez Montalbán's exhortations in favour of "subnormalidad" as he proclaims "Reason has prostituted itself - long live Feeling!"
Posted by Fatal Paradox at 8:21 PM 5 comments: