The truly remarkable capacity of the left for self-destruction 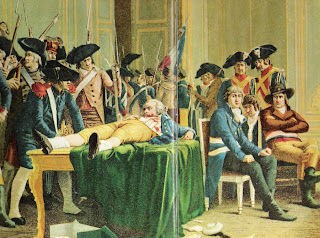 The trainwreck involving my former comrades in the Victoria University branch of the Workers Party that is currently playing out on indymedia and in the pages of the student newspaper Salient is certainly a depressing spectacle - except of course for the denizens of the right wing political blogosphere who predictably enough are taking enormous pleasure from the whole debacle.

I don't propose to comment on any of the specific concrete issues here, as if I wanted that kind of pointless aggravation I wouldn't have needed to resign from active membership of the Workers Party back at the start of the year. All I can really say about the cycle of charges and counter-charges following on from the decision to expel VUWSA president Jasmine Freemantle from the WP is that neither side comes out looking particularly good.

However, I would like to venture some observations about what I see as the underlying causes driving this kind of self-destructive behavior on the left, which is by no means unique to the WP.

Firstly, as I've previously noted on this blog, for a variety of reasons New Zealand society at the moment is characterised by levels of class consciousness and struggle so low as to be almost non-existent. As such, any political organisation (whether revolutionary or reformist) that seeks to appeal to notions of collective solidarity or common interest and build mass support is likely to come up against the fairly solid and impassable barrier of public indifference and apathy.

1. Hyper-activism - trying to galvanise the masses through sheer subjective willpower. Often accompanied by a watering down of political programs in order to boost the chances of generating "broad" appeal.

2. Sectarianism - a conservative strategy based on maintaining the apparatus of a political party or propaganda group with its own distinctive confessional statement of ideas and principles, which supposedly embodies the true interests of workers or "the residual memory of the class" despite the current absence of any working class political constituency.

3. Colonising the student- and trade-union bureaucracy - moving in to fill the void left by the political and organisational collapse of social democracy, in the hope that this will facilitate access to a wider political audience.

During my 10+ years of involvement in left politics, all of the organisations I have belonged to have incorporated at various times one or more of these strategic approaches.

On the face of things, all of these strategies have a certain logic to them. However, I would argue that the very phenomenon of political and social isolation which they seek to overcome in the end dooms all of these projects to failure.

The isolation of the left means that all of these groups are lacking in human resources and especially politically-experienced cadre, with the result that when (for instance) the left succeeds in capturing positions in trade unions or students' associations often their representatives are not equipped to competently discharge their responsibilities. In addition, simply by taking these positions the left do not overcome their isolation since for the most part the various collective "mass organisations" are in reality only paper tigers with very little participation from the rank-and-file.

Meanwhile, those who take the alternative route of hyper-activism soon burn-out and disillusion their members when the various "grassroots" campaigns fail to capture the popular imagination, while the proponents of the sectarian approach also lose members for simple lack of a compelling reason for anyone to stay (and hardly inspire many new members to join!).

Common to all of these strategies in my experience is the frustration that members inevitably feel at their continual political isolation. Often this leads individuals to increasingly rely on the organisation as a kind of social network and refuge. Unfortunately when some of these social networks or relationships break down, this can cause the organisation itself to become dysfunctional and for personal differences to be converted into political ones.

Thus we have petty personal squabbles blown-up into full-blown polemics, with the lines of battle determined by the ever-shifting bond of personal loyalties rather than any rational criteria.

Ultimately, there comes a point for most members (as there did for me) when these negative consequences flowing from trying to maintain a political organisation (with all the implicit additional requirements of a common program, publications etc) in a period of protracted political downturn simply outweigh all of the benefits (real or hypothetical).

At this point I think it is necessary to stand back and assess whether in fact it is worth it to dive back immediately into the political maelstrom, or whether it is better instead to await the coming in of a more propitious tide (i.e. a significant shift in the relation of social forces) before doing so.
Posted by Fatal Paradox at 3:12 PM