Adorno on the impossibility of political praxis 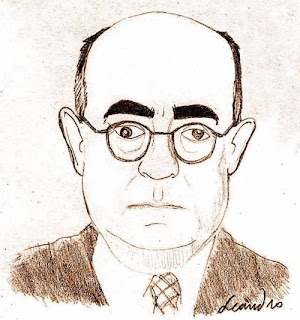 From the Prologue and Introduction to Negative Dialectics (1966):

The formulation “negative dialectics” transgresses against tradition. Already in Plato dialectics intended to establish something positive through the thought-means of the negation; the figure of a negation of the negation named this precisely. This book would like to emancipate dialectics from these types of affirmative essence, without relinquishing anything in terms of determinacy. The development of its paradoxical title is one of its intentions...

...Philosophy, which once seemed outmoded, remains alive because the moment of its realization was missed. The summary judgement that it had merely interpreted the world is itself crippled by resignation before reality, and becomes a defeatism of reason after the transformation of the world failed. It guarantees no place from which theory as such could be concretely convicted of the anachronism, which then as now it is suspected of. Perhaps the interpretation which promised the transition did not suffice. The moment on which the critique of theory depended is not to be prolonged theoretically. Praxis, delayed for the foreseeable future, is no longer the court of appeals against self-satisfied speculation, but for the most part the pretext under which executives strangulate that critical thought as idle which a transforming praxis most needs. After philosophy broke with the promise that it would be one with reality or at least struck just before the hour of its production, it has been compelled to ruthlessly criticize itself.
Posted by Fatal Paradox at 4:42 PM